Residing in Edmonton, Alberta Canada, David’s culinary history has taken him through many top kitchens in the world including 3 Michelin Starred Martin Berasategui in Lasarte Spain. Noma, Relae, and was hand selected to help open restaurant 108 in Copenhagen, Denmark.

David has also partnered with Fare Magazine, a Glasgow-based publication, to do a series of pop-up dinners in Scotland. In Canada, David has established himself as a mainstay in the Edmonton pop-up dining scene under the brand “Dela,”. David worked as a Community partner with Edmonton Economic Development and the city of Edmonton to produce Culinary Labs: A series of dinners to promote the Edmonton Downtown Vibrancy Program and Canada’s 150th Birthday Celebration.

David Between 2017-2018 David helmed the Head Chef position at famed Restaurant Frenchie in Paris France working with chef Gregory Marchand. With year of travel and experience Davids philosophy as a chef revolves around A simple ideology. Taste, Simplicity, Creativity, Focus and Finesse. 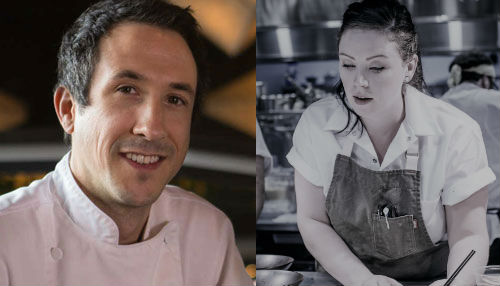 Limited to 30 guests per seating