As Wildebeest’s Chef de Cuisine, Ian McHale manages the day-to-day back-of-house operations, fusing his straightforward, old-school approach with contemporary technique. A true champion of Wildebeest’s farm-to-table ethos, he takes great pride in collaborating with local farmers and butchers to run the Gastown hotspot’s innovative nose-to-tail culinary program. He relishes the gastronomical freedom he has to work with offal and other unique cuts of meat, and spearheads the restaurant’s 100-per cent in-house charcuterie program.

Born and raised in Maryland, McHale first developed a passion for hospitality in 2010 while working at Mia Carolina Glyndon, a small mom-and-pop Italian restaurant in his hometown. After culinary school, he relocated across the pond to complete a 16-month stint at the acclaimed five star Merrion Hotel in Dublin, Ireland. He later took on the role of Senior Chef De Partie at the Michelin-starred Chapter One Restaurant where he further honed his skills working in a fast-paced kitchen. His hands-on experience helped him place in the final five at the Euro-Touques Young Chef of the Year Competition, Ireland’s premier culinary contest for talented young chefs under 26.

In May 2016, Chef McHale relocated to Vancouver to take on an ambitious new challenge as Sous Chef at Wildebeest and was soon promoted to Chef de Cuisine in January 2017 and has thrived since. 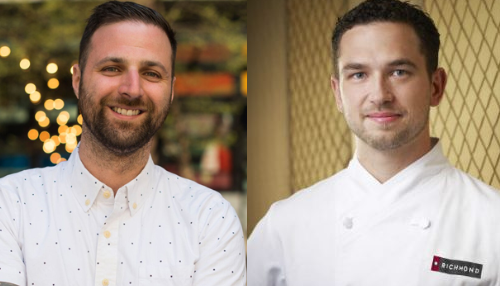 This evening will be a coming together of top East and West chefs for a one-night culinary offering.